1821
The earliest known mention of the house is in a property deed from Richard Ryerson to Jacob Ryerson (the family that owned Long Pond Ironworks). This deed mentions boundaries of the property as including  “the old house where Daniel Tichenor formerly lived.” We believe the oldest portion of the house predates this deed. 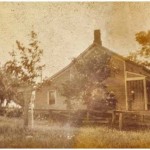 1836
James H. Gregory purchased the farm and expanded the property. With a wife and nine children, he expanded the house around 1860 in the Greek Revival style, with four rooms on the first floor and the addition of a second floor and a new kitchen wing on the left. The right wing is the original house. 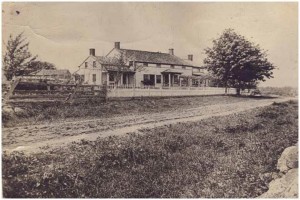 1886
When James Gregory passed away, one of his sons, Sylvanus Gregory, purchased the farm. Sylvanus and his wife, May Ann LaRoe, raised five children in the house. The farm’s prosperity is evident in photographs from that period, which show many farm outbuildings, barns, and hay wagons. 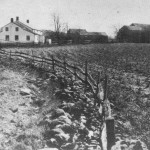 1910
Sylvanus Gregory passed away in 1908. Mary Gregory sold the farm in 1910 to Edwin Goodell, who built much of what we see today. He converted the house to Dutch Colonial style, and built the Dutch Colonial stone barn and Arts and Crafts creamery buildings. 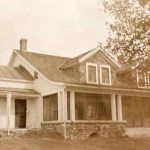 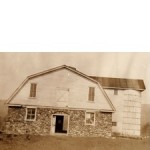 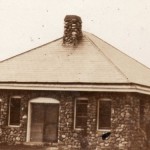 1923
Edwin Goodell sells the farm to Louis Wallisch Sr., who was a lawyer in the city of Passaic, New Jersey, and involved in local politics and real estate. He had three children: Louis Jr. , John, and Sophie.  Louis Sr. used the house as a vacation home for his family, but he also kept the dairy running and hired hands to run the farm. 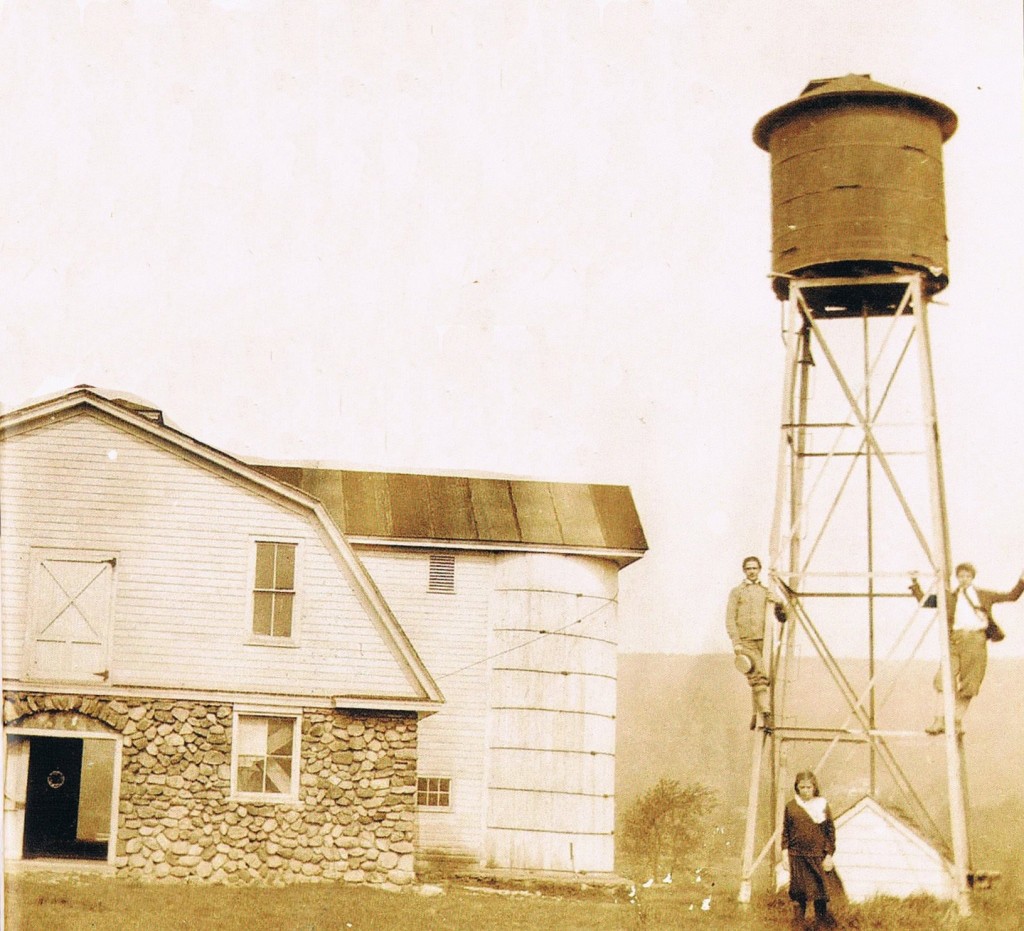 Climbing the water tower, circa 1920s. Lou Jr. and John Wallisch with their sister Sophie.

Note the silo attached to the barn on the right.

1926
Louis changed the name of the property from “Camp Wallisch” to “Wallisch Estates” and began selling lots for people to build summer cottages. The streets still bear his children’s names: John Sophie, and Louis, as well as Madelyn, the builder’s daughter. There was a beach on Belchers Creek which runs behind the property at the end of John Street, as well as a community clubhouse. 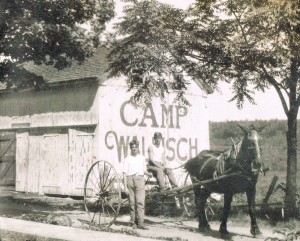 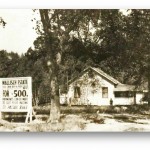 1935
Louis Wallisch Sr. passes, and the family continued to use the property as a second home.

1973
Louis Jr. and John Wallisch moved into the house permanently after the deaths of their sister Sophie and their mother, Cornelia.  Both of these men were very active in West Milford’s civic development until their deaths.

It was the intention of the brothers for the property to be used by the public for “educational purposes and the preservation of the community and its environs” including use of  “the Wallisch home and lands for . . . sports, wildlife, and recreational purposes.”
The Township and Board of Education share ownership of the homestead. The Township maintains the large lawns and oversees the property.

2013
The Friends of Wallisch Homestead (FOWH) is created  as a non-profit group, and a Master Plan is developed. In 2014 we gained 501C3 status as a not-for-profit organization.

FOWH continues to work with the Township, the Board of Education and the community to preserve the homestead buildings and property and rehabilitate them for adaptive reuse by the public. 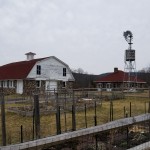